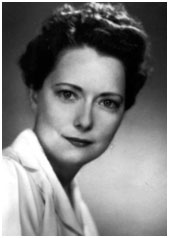 The life and death of Margaret Mitchell:

She was a child of the South who gained fame writing a Pulitzer Prize winning novel that later became one of the biggest film hits ever produced in Hollywood and is still considered one of the finest movies ever made: "Gone with the Wind".

Margaret Munnerlyn Mitchell was born in Atlanta to a long time Southern family and had a love for reading from a young age, which led her to a career in writing.

To get a sense of the "Old South", when Margaret was six, her mother took her on a tour of Atlanta that had been laid to waste by General William Tecumseh Sherman's …

…march of the union army, near the end of the Civil War.

Her early writing centered on books about animals, adventure stories and fairy tales.

She eventually became a reporter for the "Atlanta Journal". And in her early 20's, she started talking about collecting erotica from New York City book shops, writing letters to a friend about her visits to "dirty" book shops.

Her true fame came after she left the "Atlanta Journal" in 1926 to begin work on "Gone with the Wind". She spent three years on it. 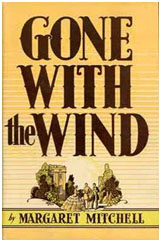 She won the Pulitzer Prize for Fiction in 1937 and in 1939 it became a major motion picture starring Clark Gable and Vivian Leigh.

And that childhood lesson about the burning of Atlanta was a big part of it.

Much of Margaret Mitchell's life was centered on Atlanta. The Margaret Mitchell House & Museum is where she wrote most of her signature work, while living there with her husband John Marsh.

And her death was also Atlanta-based. She was hit by a speeding car while crossing Peachtree Street, a major local road, in August 1949.

She died five days later without ever fully regaining consciousness. Margaret was only 48 years old and is buried at Oakland Cemetery… in Atlanta. 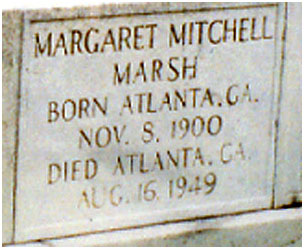 And her childhood home is marked with this plaque. 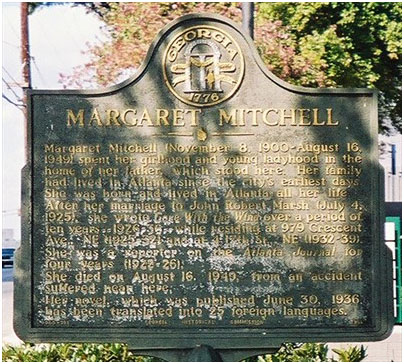