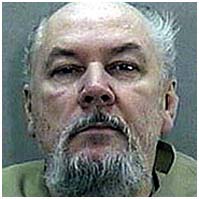 The life and death of Richard Kuklinski:

"The Iceman". As his nickname suggests, this guy wasn't cool. He was downright cold. A stone cold killer, believed to be responsible for as many as 100 to 250 deaths. Sometimes it was business, sometimes it was because of rage. Richard Kuklinski got his nickname because he'd keep some of his victims in a deep freeze to confuse authorities about their time of death. He was convicted of three murders and died behind bars while serving a life sentence.

Richard Leonard Kuklinski's life was a horror show from an early age. He was born in his family's apartment in Jersey City, New Jersey to Stanley Kuklinski and Anna McNally. 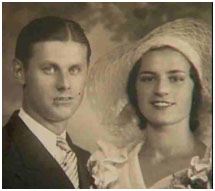 Richard had three siblings. His older brother Florian was abused by Dad and died of his injuries. (The family masked it by saying he fell down a flight of stairs.) A younger brother Joseph was convicted of raping and killing a 12 year old girl. Richard later remarked they came from the same father. A younger sister Roberta was the only one who seemed to survive the nightmare childhood.

Richard first committed murder as a 14 year old living in a Jersey City housing project, when he beat a local bully who was 16 with a closet pole.

By the mid 1950's, Kuklinski had a reputation as a pool shark who'd beat or kill people who bothered him. He gained the attention of Newark's Decavalcante crime family and they put him to work killing people. 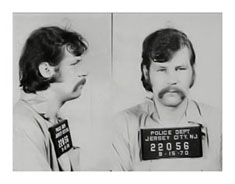 He took pride in the fact that he never killed women. He also used a smorgasbord of ways of dispatching victims, using guns, from derringers with dum-dum bullets to 12 gauge shotguns. The Ice Man's arsenal also included: knives, hand grenades, fire, baseball bats, ropes, screwdrivers, ice picks, tire irons, wire and even his bare hands. Another of his favorites: poison, specifically cyanide – by either spraying it in the victim's face or mixing it in the ketchup of a hamburger.

Kuklinski also worked for the Gambino crime family and he had a love-hate relationship with a Gambino solider Roy DeMeo. At their initial meeting, DeMeo pistol whipped the Ice man over an unpaid debt, but the two developed a gang-land alliance and Kuklinski started working with DeMeo, becoming his favorite enforcer after Kuklinski shot and killed a man whom DeMeo had randomly fingered while walking his dog.

It didn't last long. Kuklinski later claimed that he offed DeMeo, although some say it was members of the Gambino mob.

Kuklinski also confessed that he was part of the five man team from the Genovese crime family that kidnapped and killed Teamsters Union Boss Jimmy Hoffa from a restaurant parking lot in Detroit. It was never confirmed.

…seen here in their teenaged years, even though she said he often beat her up, breaking her nose several times.

The Ice Man posed as a Family Guy, living in the New York City suburb of Dumont, New Jersey with his wife, a son and two daughters. 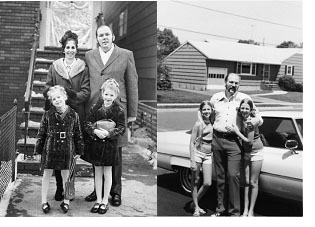 A couple of his victims made the mistake of showing up at his home uninvited or mentioning that they knew where he lived. Iceman didn't go for that, and they were soon eliminated because of the unwanted attention. Here's a portrayal of one such encounter, from the movie "The Iceman", starring Michael Shannon in the title role:

His family says they were unaware of his secret life as a killer. His wife Barbara later divorced him and strove to shield her children from his monster-like reputation.

Kuklinski was eventually arrested after a joint investigation by federal and state law enforcement authorities in New Jersey.

After he was jailed, he started giving interviews to prosecutors, psychiatrists, authors and TV producers, including three HBO documentaries. Three biographies were written about him by Anthony Bruno, Philip Carlo and Michael Wells. 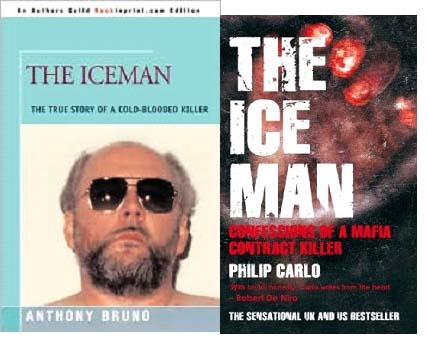 And here's the trailer from that 2012 movie, mentioned earlier.

Kuklinski's death is as big an enigma as he was in life. Medical examiners listed the cause of his death as undetermined or "natural causes", though the timing of his demise was suspicious because he was due to testify against an underboss of the Gambino crime mob and he told family members "they" (unspecified) were trying to poison him.

Kuklinski was cremated and his ashes were turned over to family and friends.