The life and death of Meyer Lansky:

He was a driving force in the growth of the American Mafia, with an important twist. He wasn't of Italian descent and did not provide the muscle. Rather, this Polish-Jewish mobster was the financial guy behind the criminal empire.

Meier Suchowlanski was born in what is now Belarus to a Polish-Jewish family. He always said Poland was his native land. In 1911, the nine-year-old emigrated to the United States, as he, his mother and brother resettled on the Lower East Side of Manhattan with his father who'd come to the U.S. two years earlier. 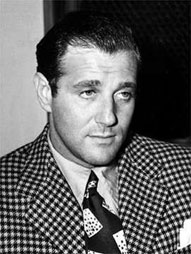 …developing a lifelong bond in which they two engaged in bootlegging with another local tough guy named Salvatore Lucania, a.k.a Lucky Luciano. 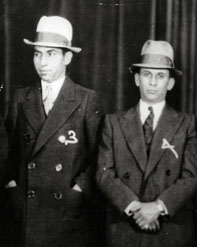 They developed a global gambling empire, with Lansky holding percentages in casinos in Las Vegas, Cuba, London and the Bahamas.

Most notably, he backed Siegel's development of The Flamingo casino in Vegas. He also unsuccessfully tried to save Siegel's life when the rest of the mob tired of The Flamingo's cost over-runs. 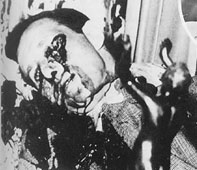 In the film "The Godfather", Lee Strasberg starred as Hyman Roth – a character patterned after Lansky. 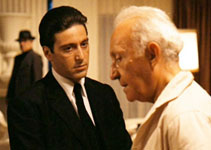 Lansky's holding's in Cuba were lost when Fidel Castro took over. And to avoid further losses, Lansky fled to Israel in 1970 to sidestep federal tax evasion charges.

Meyer Lansky was never convicted of anything more serious than illegal gambling, and his net worth at the time of his death was estimated at $300-million. But no one ever found a penny, because of his talent at covering his financial tracks. Years before, he transferred his illegal earnings to a Swiss numbered bank account.

He died of lung cancer, after spending his final years quietly in Miami Beach. Lansky also left behind a widow and three children. 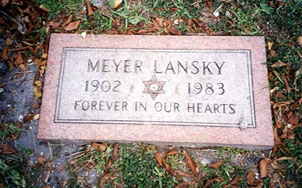